The countdown to the ultimate highlight for all high-speed enthusiasts is on – the fastest motorsport in the world will stop at the Hockenheimring. From the 26th to the 28th of August 2022, the elite of European drag racing will meet for the 35th edition of the cult event NitrOlympX.

It is not only that Europe’s biggest drag racing event is still in great demand for tickets after a two-year break from Corona, but also that the racing classes are well occupied. Around 200 teams will compete to crown the best in their classes in duels every second.

Top sporting level on the Quartermile

The participants of the FIA and FIM European Drag Racing Championship will compete in four car and five motorbike classes. After two championship rounds in England and Sweden, the NitrOlympX are the third of a total of four stops on the way to the title.

Apart from the chase for the European championship title, there is another motivation to put the last drop of power, courage and speed into every run: winning the record holder’s title. Top Fuel rookie Ida Zetterström proved this impressively in her furious opening race in Santa Pod when she broke the time barrier with a new European record of 3.782 seconds. This was the first 3.7 time ever set in Europe.

The fact that drag racing is a living example of equality is not only shown by the top class Top Fuel, which this year has with Ida Zetterström, Jndia Erbacher and Susanne Callin three very strong women in there. In the other racing classes, too, more and more of the fast ladies are entering the duel at the quartermile and showing that in terms of courage, talent and equipment they are not a bit behind their male competitors. 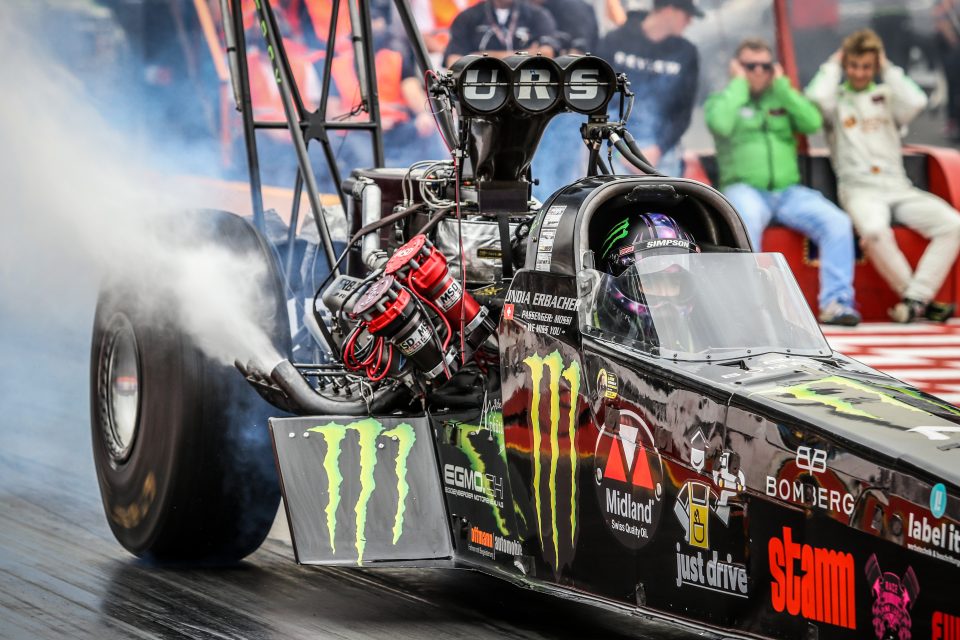 This year, the ranking battles of the fastest bikes in Europe will be very interesting: the Top Fuel, Super Twin Top Fuel, Pro Stock, Super Street and Junior Drag Bike classes will compete in the FIM European Drag Racing Championship. Just one highlight of many will be the performance of Hungarian Super Street Bike pilot Daniel Donat Lencsés, who not only completed the fastest side-by-side run in European drag racing history at the season opener, but also set two European records for himself in a run of 6.5961 seconds at 364.79 km/h. Times and speeds that would have been called simply impossible ten years ago. Since the Rico Anthes Quartermile is known among bikers as a real dream track, where top speeds of up to 400 km/h are reached, the fans can expect tough duels between the record chasers.

In addition to the FIA and FIM classes, numerous Sportsman classes will also start in Hockenheim. Even after a two-year break due Corona, the grid is so tight that some of the Sportsman teams are already at risk of being eliminated in the qualifying rounds on Friday.

Legendary, often copied and never reached: the Nightshow on Saturday evening! As soon as the last racers have pulled their dragsters into the pits and dusk falls over the Motodrom, the fans on the packed grandstands await the absolute highlight of the NitrOlympX. The night show is a cult event and presents a breathtaking mix of grandiose entertainment, lots of action, wild stunts and high speed.

This year, the spectacular Red Bull FMX Show will be part of the show, where X Games gold medallist and four-time world record holder Luc Ackermann and his colleagues Matěj Česák and Zdenek Fusel will keep the audience in thrill with nerve-racking motorbike jumps. Freestyle motocross at world-class level! 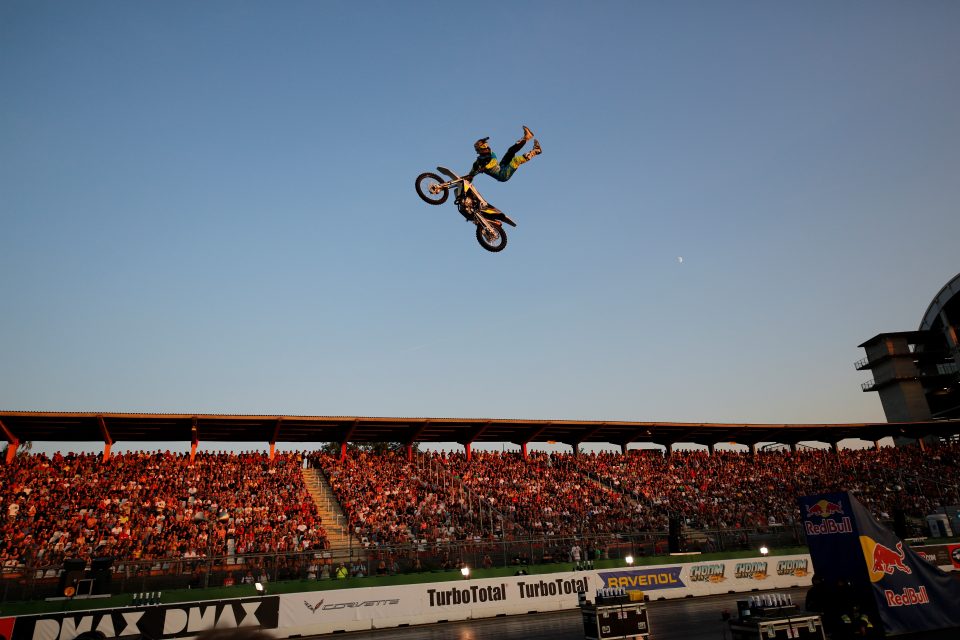 Those who want to party even more afterwards should not miss the live performance of “Dougie & The Blind Brothers”. With handmade honest rock’n’roll, from Elvis to AC/DC and even Prince, they will bring the Nitro Stage in the paddock to life starting at 10 p.m.!

In addition to the action on the racetrack, the NitrOlympX have a lot more to offer speed enthusiasts and fans of the “American Way of Speed”: In the free-access paddock, there is not only the opportunity to look over the teams’ shoulders while they are working on the cars/bikes, there is also fun and entertainment for young and old at every turn. From an introduction to “Godzylla”, the ice machine of the Adler Mannheim that has been converted into a show Zamboni, the Junior Dragster School, the Little Nitros, the cheerleaders of the Blue Devils, bullriding, tombolas, Darth Vader with his Stormtroopers, a hot rod exhibition and a big US car meeting, everything will be on the programme!

There are still a few tickets left: Friday tickets are available from 25. € and a weekend ticket for three days of action costs from 69. €. All tickets include access to the paddock and are available at the ticket hotline of the Hockenheimring +49 (0)6205 950 222 or in the online ticket shop.

If you can’t make it to the NitrOlympX this year, you can watch all the action at home via a free livestream on www.nitrolympx.de – as always live, with track commentary, results and including the night show. All information on the event can be found at: www.nitrolympx.de